The Club played on the School oval and its first coach was Graham Dodd (later to be Deputy Chairman of the Amateur League). The Club in conjunction with the Southern Suburbs Rugby Club was granted approval for the construction of a two-storey clubroom overlooking Kingswood Oval, and the Kingswood Sports and Social Club complex was completed in 1976.

The first premiership team in 1977 was coached by Ellis Burchell, and the first 'A' team premiership came in 1993 under coach Greg Parker. 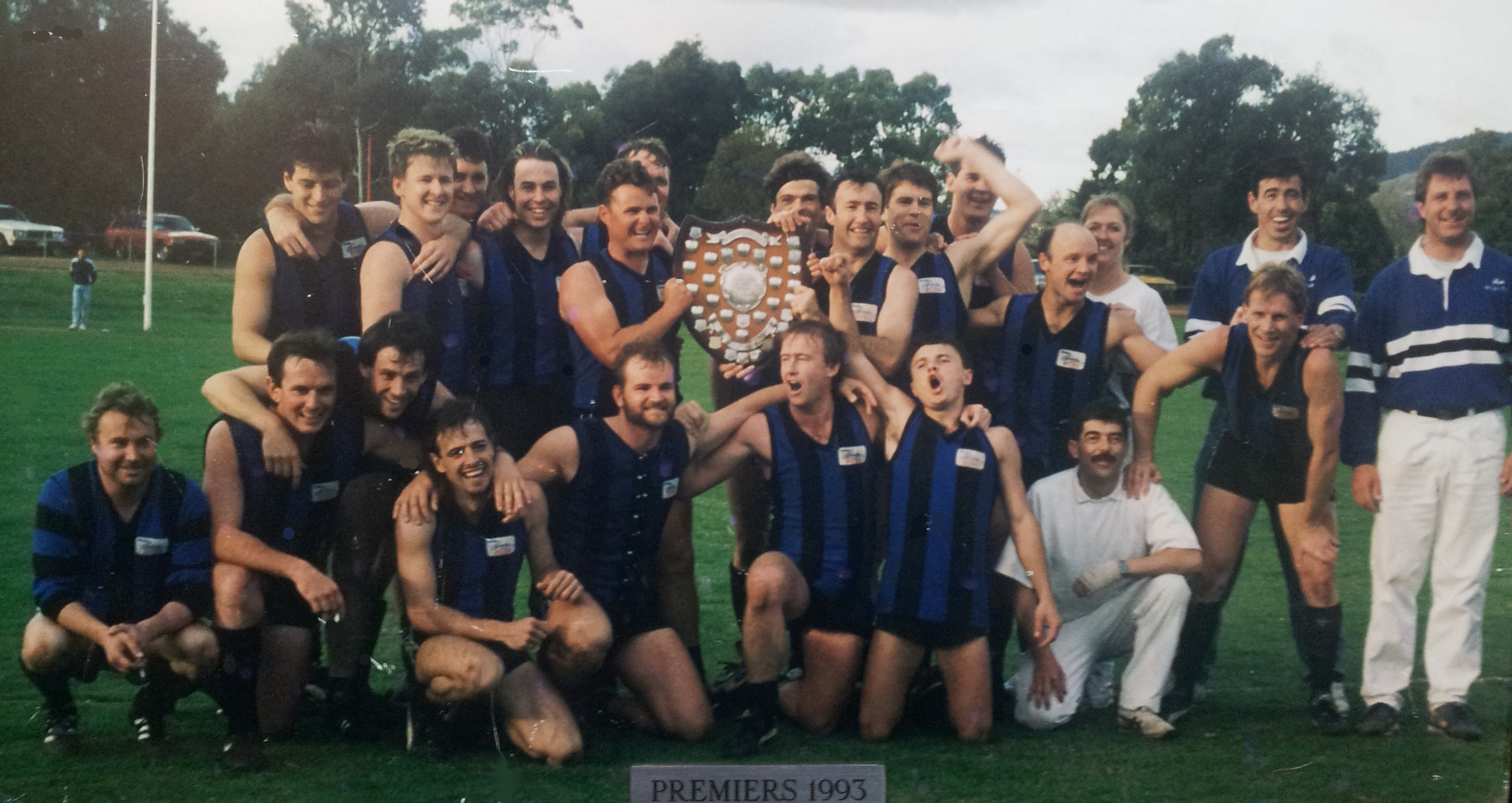 The Club record holder for games played is David Stanes (left in pic below) with 318 followed closely by Nigel Koschade (on the right) with 303. Both Life Members and active around the club to this day. 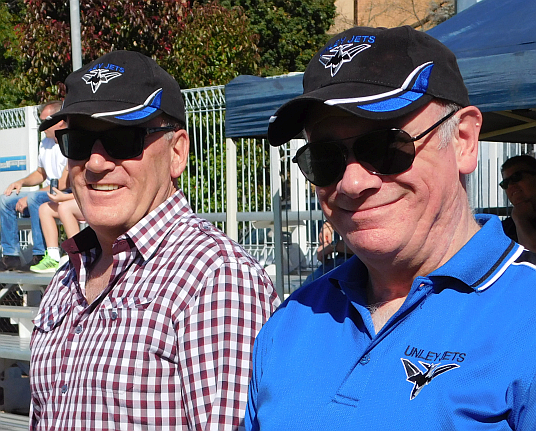 Arguably the most successful season for the club was 2012 where the club took out 3 senior premierships plus an under 13 flag to boot! The B's and C's went back to back and the A's beat Scotch OC in a hard fought contest by a single goal. The club was also awarded the SAAFL Club Champion Trophy for the best overall performance across all grades in this year after also finishing minor premier in all three grades. 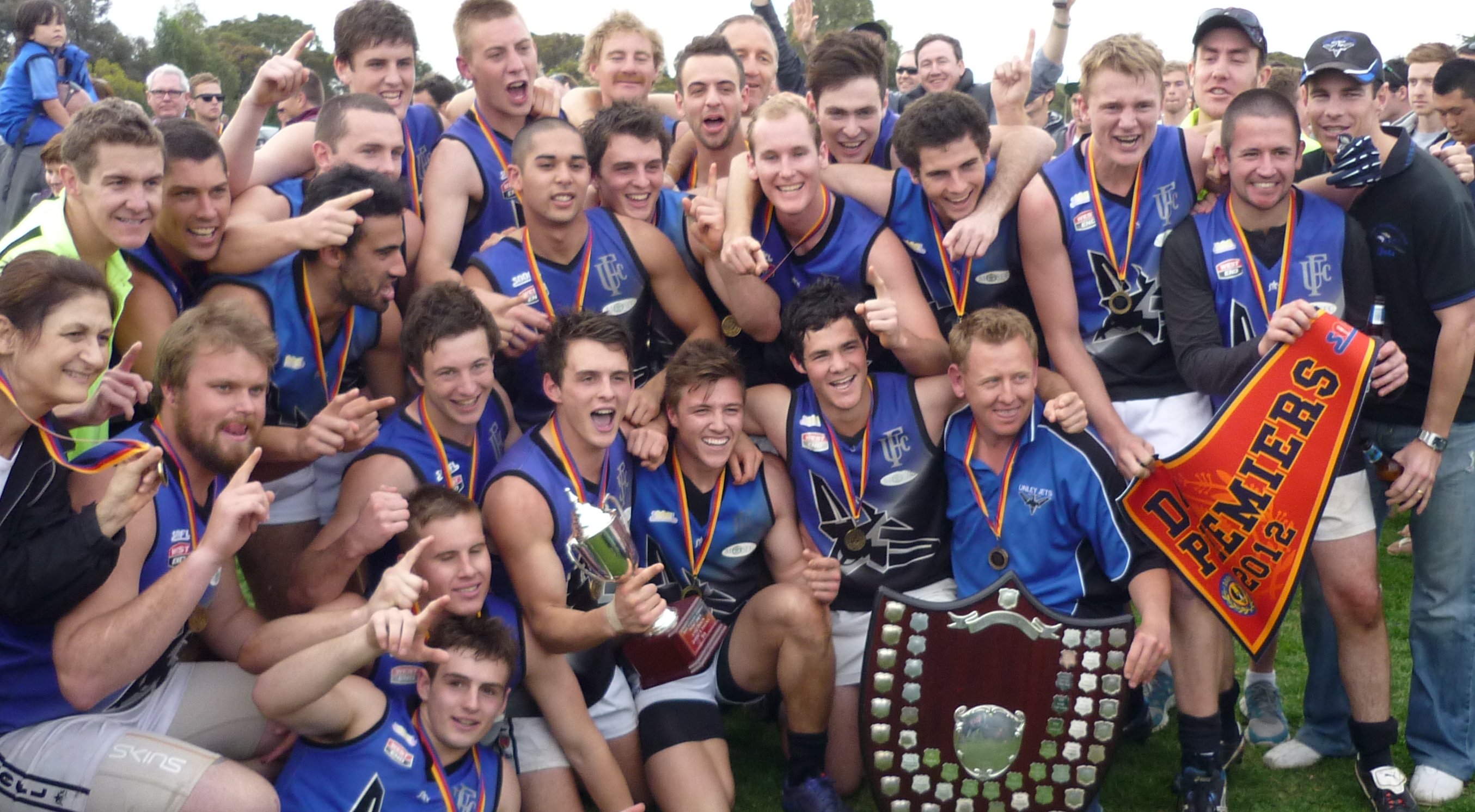 It was in this year (2012) Unley FC Inc. formed an affiliation with the Mercedes OSFC to play in the SAAFL Competition as "The Unley Mercedes Jets". The union has been an outstanding success contributing to on field and off field success. The Jets A Grade reached both the 2014 Div 3 and 2015 Div 2 Grand Finals, and creating club history by achieving promotion to Division 1 for the first time in ever in 2016.

A great read, "Unley, Way to Go" is a history of the first 30 years of the UFC Inc. Find it HERE.

The first junior teams were fielded in 2002 with an Under 8 and Under 9 side competing in the Metro South Junior Football League. During that year discussions were held with
the Adelaide Buffaloes Junior Football Club, based at Glandore Oval, for them to make their home ground at Kingswood. Problems within the Buffaloe's parent body resulted in the move being abandoned, but enough interest had been generated for an exodus of players and families to move clubs and join the Jets.

By 2011, The Unley Jets Juniors were the largest club by membership in the Sturt zone, fielding teams in every one of the Metro South age divisions from Auskick and U8's to U16. In 2013 the Club fielded a joint U18 side in the SAAFL competition for the first time. Satisfyingly, over 50% of the 2012 Premiership sides were ex-juniors. (See if you can spot them in this pic of the 2007 Under 16's) 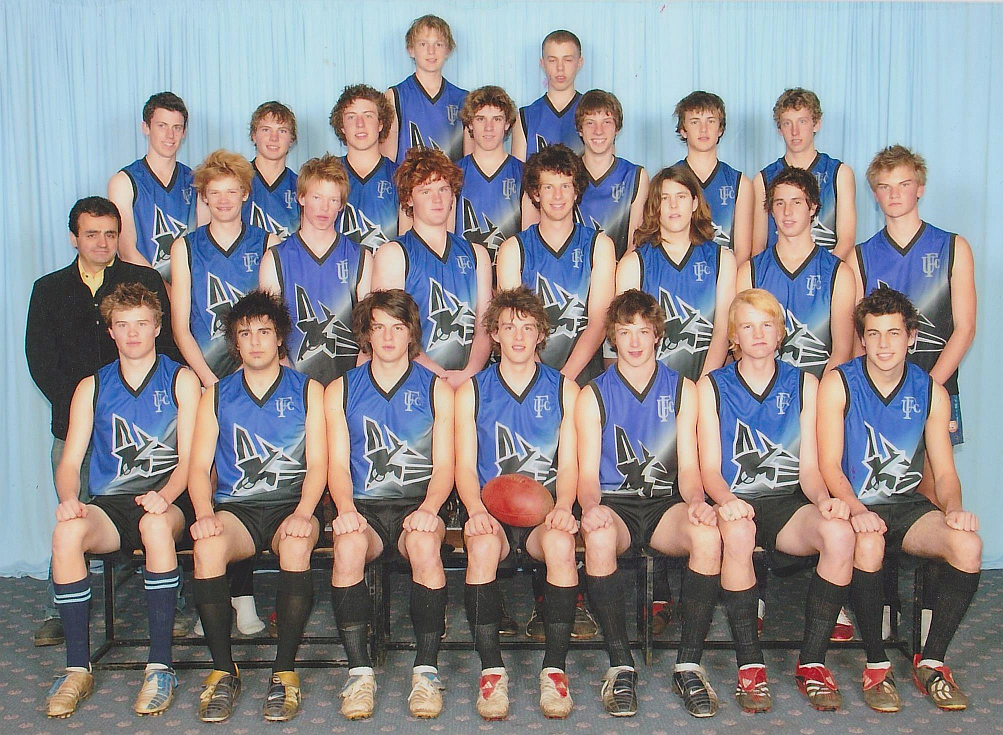